Hi all a bit of a set back today but all part of the learning curve.

I was not sure how to fix the legs and frame to the Coffee Table top so sent a couple of pics to my Brother Chris to ask his advise as he is a Joiner and Machinist .He told me the best way to do it which I will show you on the new rails.
He pointed out some errors I had made and how I had made life difficult for myself.
The picture below shows a dry fit and nothing is glued .If you look carefully at the picture you will see that the rails go strait into the Mortise and this is wrong there should be a proper Tenon on the end of the rails and the shoulder on the rail should be against the leg with the Tenon going into the Mortise.There should also be a small gap between the end of the Tenon and the bottom of the Mortice.It was also pointed out that taking the Taper the full length of the Leg makes it more complicated when making the mortise on the end of rail because the shoulders would have to be cut at a corresponding angle so the best way is to stop the taper below the rail creating a parallel surface to fit the rail to. 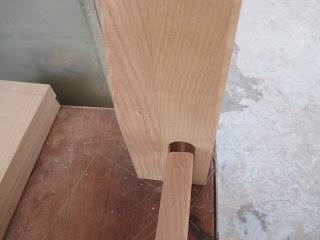 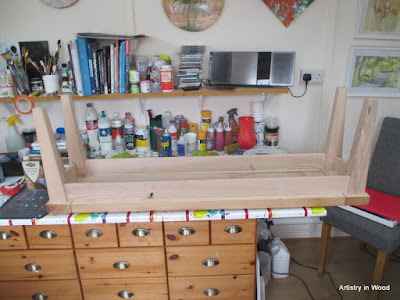 This is the other picture I sent to him 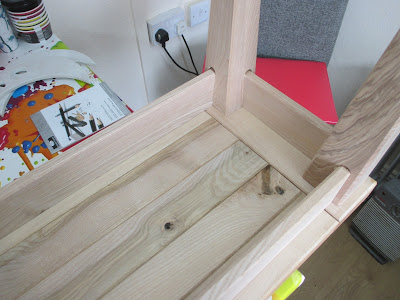 So rather than carry on knowing I was wrong I have reduced the Taper on the legs and they now end below the rail I will have to make new rails because these will not be thick enough to create a proper Tenon using the existing Mortise. 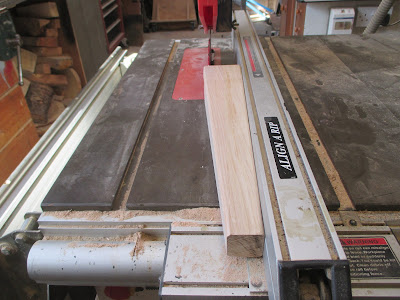 You can see from this picture that the leg on the left is now parallel for about 4" from the top ending below the 3"rail. 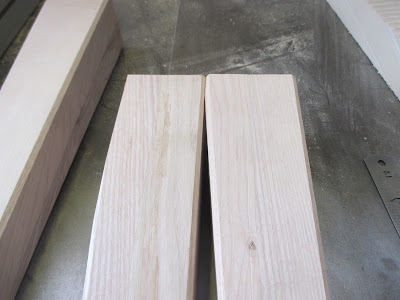 All four legs with the reduced Taper.This has created another small problem the depth of the Mortise is now reduced 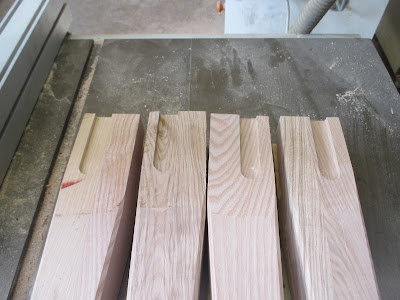 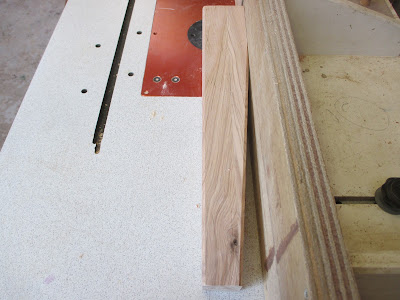 Here you can see the added depth .as you can see the Mortise is not stopped below the top of the legs and next time I would stop about 1/2" down and let the shoulder on the rails go all the way around this would be the correct way to do it. 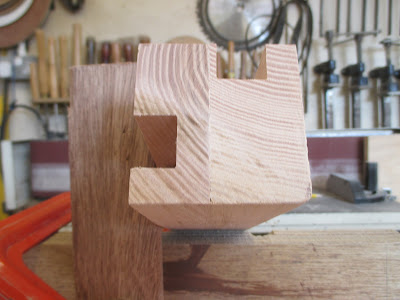 I have four Blades for my Sawbench and dont like any of them so a trip to Screwfix on Click and collect I got a new Freud Blade and it is perfect. 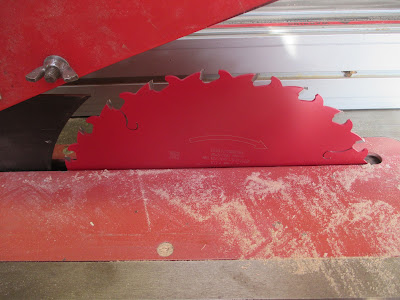 Posted by George Foweraker at 12:20