Mike's wife Liz treated him to a days woodturning tuition as a Christmas present.
Mike has done a couple of woodland courses using a pole lathe which he enjoyed but no doubt he found this a lot easier on the leg.
It was a very relaxed day and Mike turned a very nice Beech bowl.
Mike is involved in our country's security so I have excluded his face in the picture of him and his bowl
Very well done Mike I hope Liz is pleased with her bowl 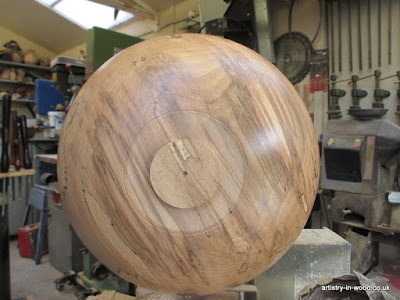 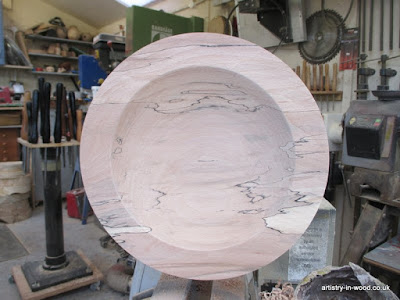 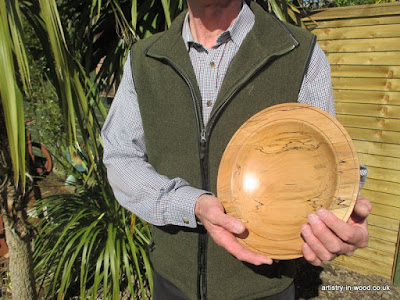 Posted by George Foweraker at 13:54 No comments:

Keven my Student today was here for a days woodturning experience and probably had no intentions of being a Woodturner but I think he might well have changed his mind. Keven obviously enjoyed his day today as he was very enthusiastic and really got stuck in.
I would be very surprised if Keven did not take up turning as he obviously enjoyed it and took to it like a duck to water.
Here are a couple of pics I took today and as you can see Keven did justice to a stunning bit of Sycamore turning a beautiful wide rimmed bowl.
A hobby of Keven's is Pyrography and this is part of the reason he made a wide rimmed bowl so that he could do some pyro on the rim.

What beautiful figuring on the bottom of this Sycamore Bowl 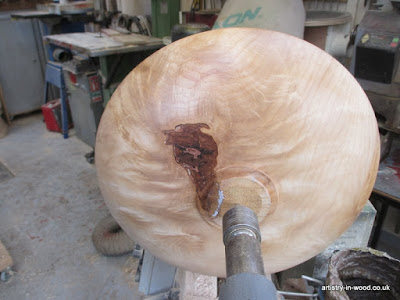 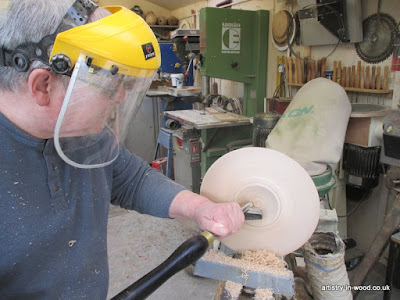 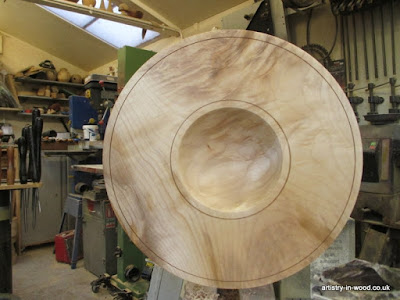 Very well done Keven that is a beauty 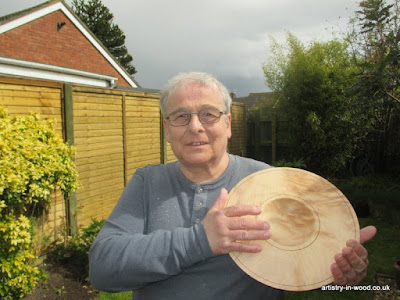 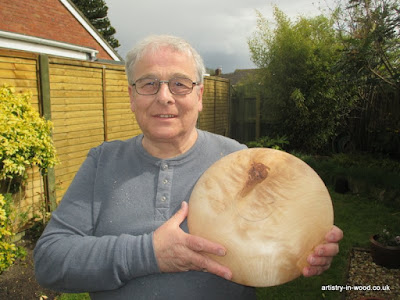 Posted by George Foweraker at 11:24 No comments:

A very pleasant day with Tim


Tim's wife Catherine treated him to a days woodturning tuition as a Christmas present and I am pleased she did because he was very good company. I do not like working on a weekend but sometimes it is the only day a Student can make it. As Tim was such good company and easy to teach I can honestly say I enjoyed today.
Tim got on so well he even had time to do some colouring.
Thank you Tim for making life easy for me today it is very much appreciated

I hope Catherine was pleased with the colour of the rim 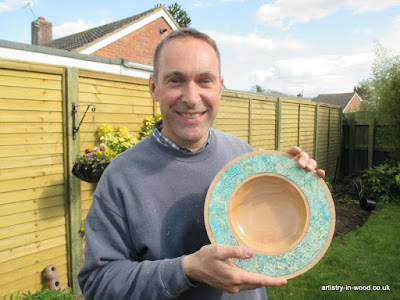 Posted by George Foweraker at 12:12 2 comments:

Another three students today that is five up to now this week and one more to come. Normally I would only teach a maximum of three but as these were a father and two sons I made an exception. They were easy company which made it an easy enjoyable day and they went away with a very presentable Beech bowl each as the pics will show.
Thank you Pete Dave and Steven I enjoyed the day as I am sure you did. 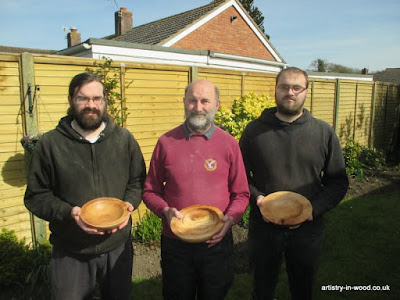 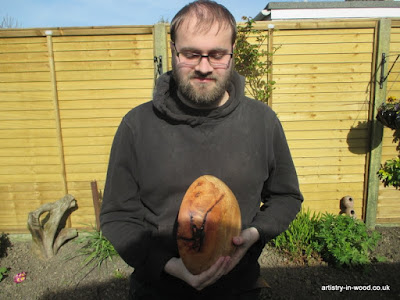 As you can see there was a lot of figuring in it. 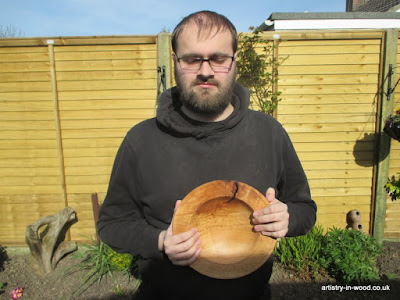 Posted by George Foweraker at 10:56 2 comments:

Today mother and daughter Sandra and Francis were here for a days woodturning tuition.
This was a birthday present for Sandra from her children.
As you can see from the following picture they both did very well turning a couple of lovely bowls from some beautiful spalted Beech.
Sandra's has a green rim to go with the colour scheme in her house and Francis beaded hers. 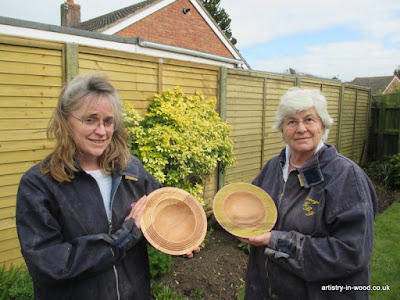 Posted by George Foweraker at 11:18 No comments: 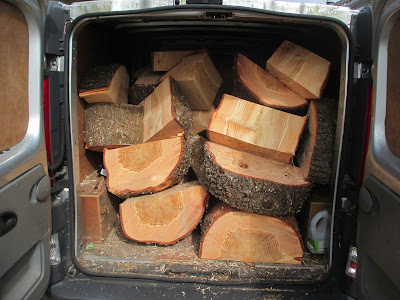 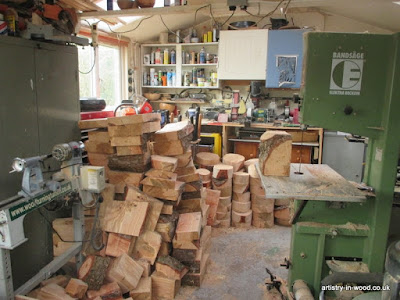 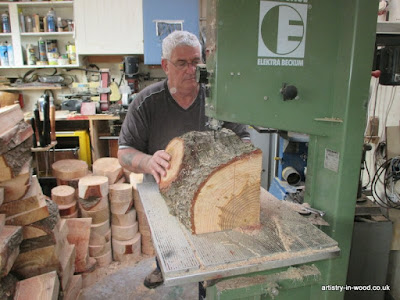 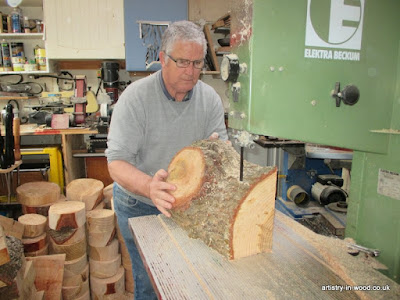 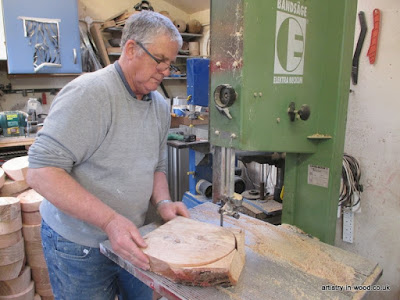 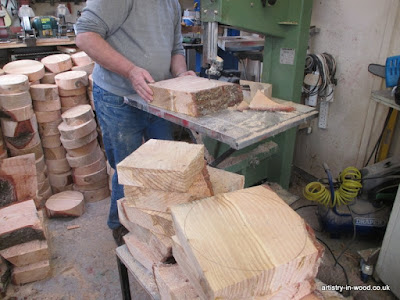 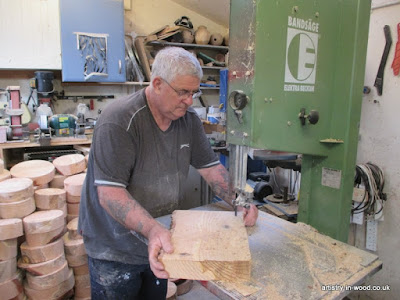 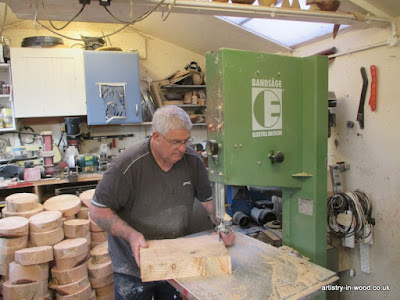 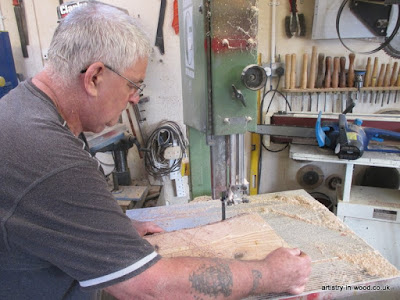 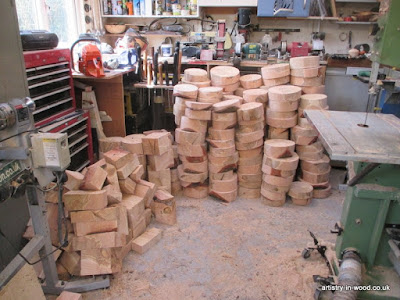 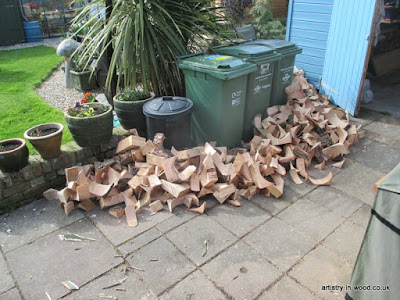 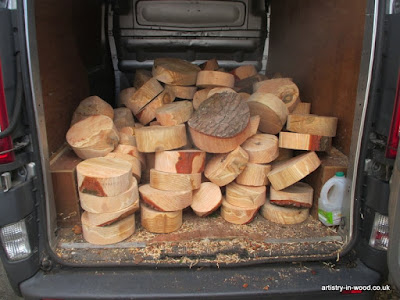 Posted by George Foweraker at 10:30 No comments: