Very quiet at Art Weeks today but it gave me a chance to process some wood.Brother Chris picked me up some Sycamore and Ash ready for me to cut into Teaching Blanks 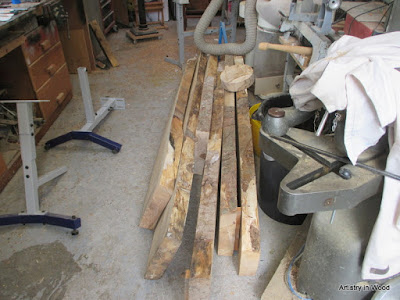 Slabs cut into squars ready for turning into Blanks 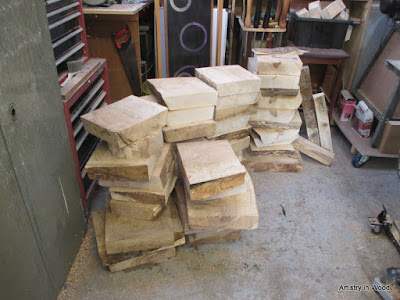 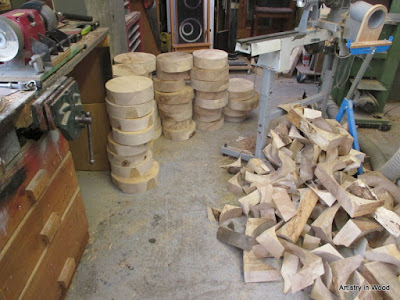 Posted by George Foweraker at 12:00 No comments:

Student today Gerry from Cork wanted to learn Sharpening ,Bowl turning and some colouring.Gerry had only ever used scrapers so wanted to use Gouges .12" Sycamore Bowl with coloured rim he did well #artistryinwood #woodturning 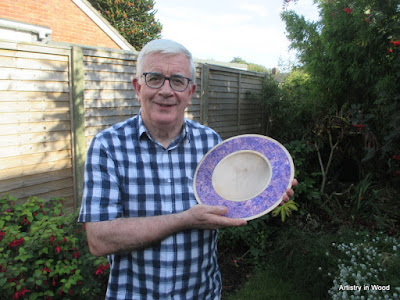 Posted by George Foweraker at 12:50 No comments:

Alister and mike were my Students on Saturday.
Alister is Mike's father in law and they were treated to a days Woodturning by Alister's Wife Catherine and Mike's Wife Helen.
We had a very enjoyable day they both did well and were good company.
It was a taster day and Alister enjoyed it so much he is going to sort out his garage and get Woodturning equipment as he has just retired and needs a hobby.
I am sure I will be seeing more of them in the future 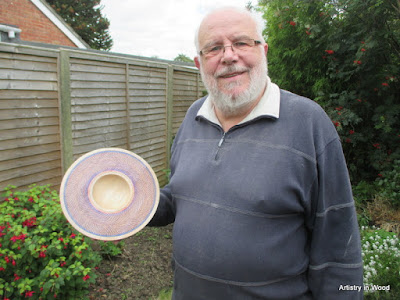 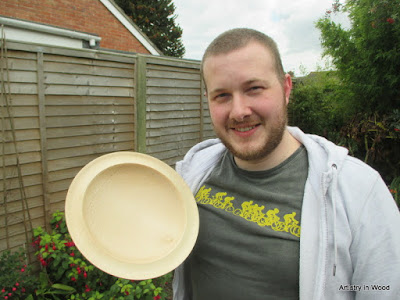