14 year old Joe has got to do a project for school and it has to be something constructive so his parents Giles and  Louise who are friends of ours asked If I would like to take it on.
I was only too pleased but naturally had a few reservations as you can never be sure how much real interest a 14 year old will have or whether he is just doing it because he has to.
I must say I am very pleased he was here this morning for a couple of hours and I have found him to be rather a pleasant young man.
We went through how to process wood and he asked questions and made notes and went on to end seal a pile of blanks that I cut up yesterday.
He is supposed to do at least one hour a week for three months and then produce evidence and course notes to prove he has done his work.
He will be doing more than one hour a week and I will make a woodturner out of him within the three months and he will be able to show them what he is capable of.
This works two ways for me I will get help with some of the more mundane tasks like processing wood keeping the workshop clean and tidy and Joe will learn woodturning.
This morning Joe spent an hour end sealing blanks and his reward was to do some turning for about an hour as the following pics will show.
Joe took to the hands on turning a lot quicker than I expected and obviously is quite practical.
I hope he sticks to it because it will be rewarding for both of us.
I laid down the law to him I told him there are not many rules but the ones there are are important if he wants to work with me .They are quite simple :turn up on time do as you are told and stay safe that is it.

Making a start by end sealing sixty odd blanks from eleven inches to twenty inches once he got into the swing of it he soon got through them. 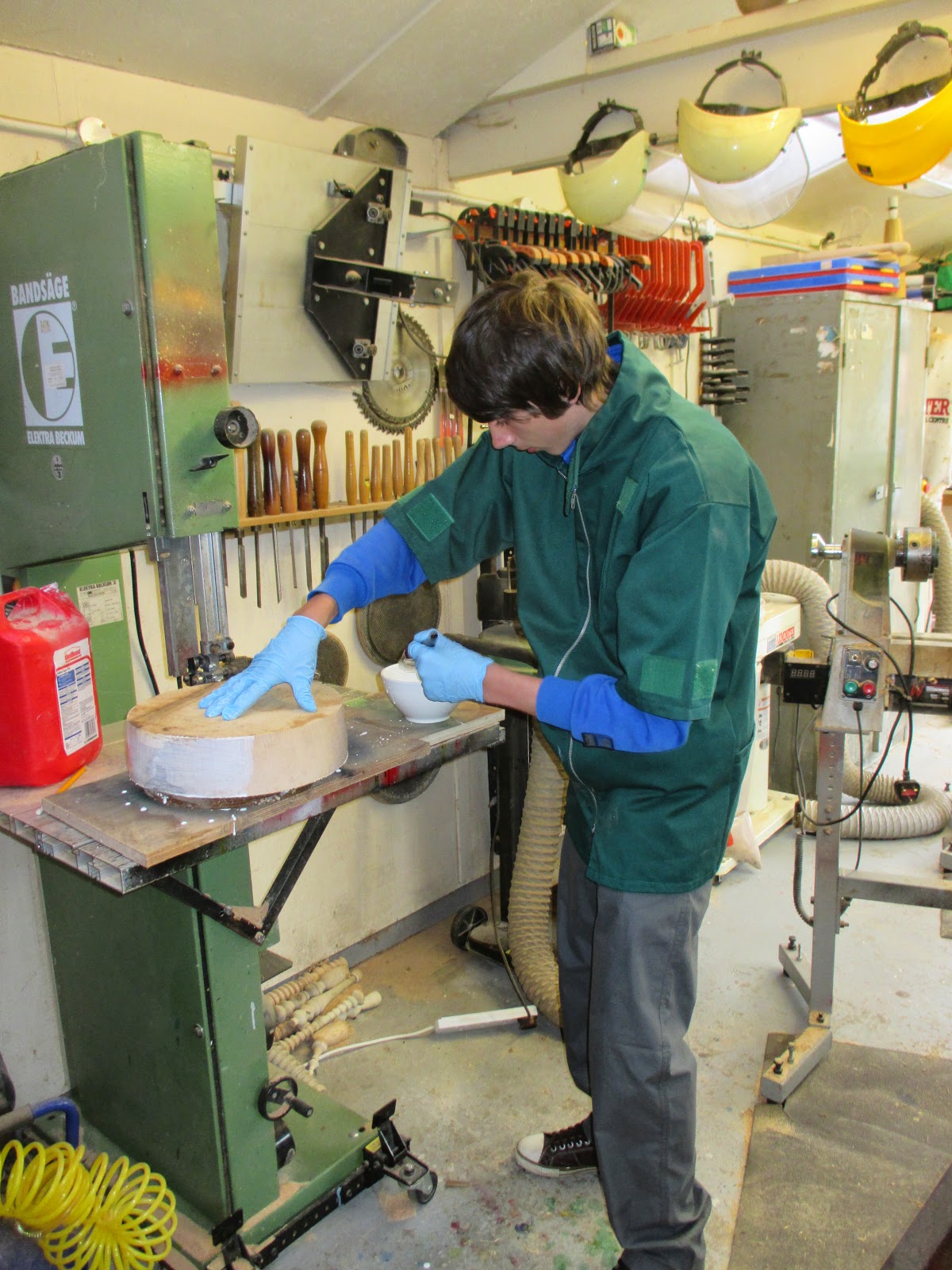 A push cut across the end of the blank to make sure it is round and to start getting it into balance he coped with this easy enough. 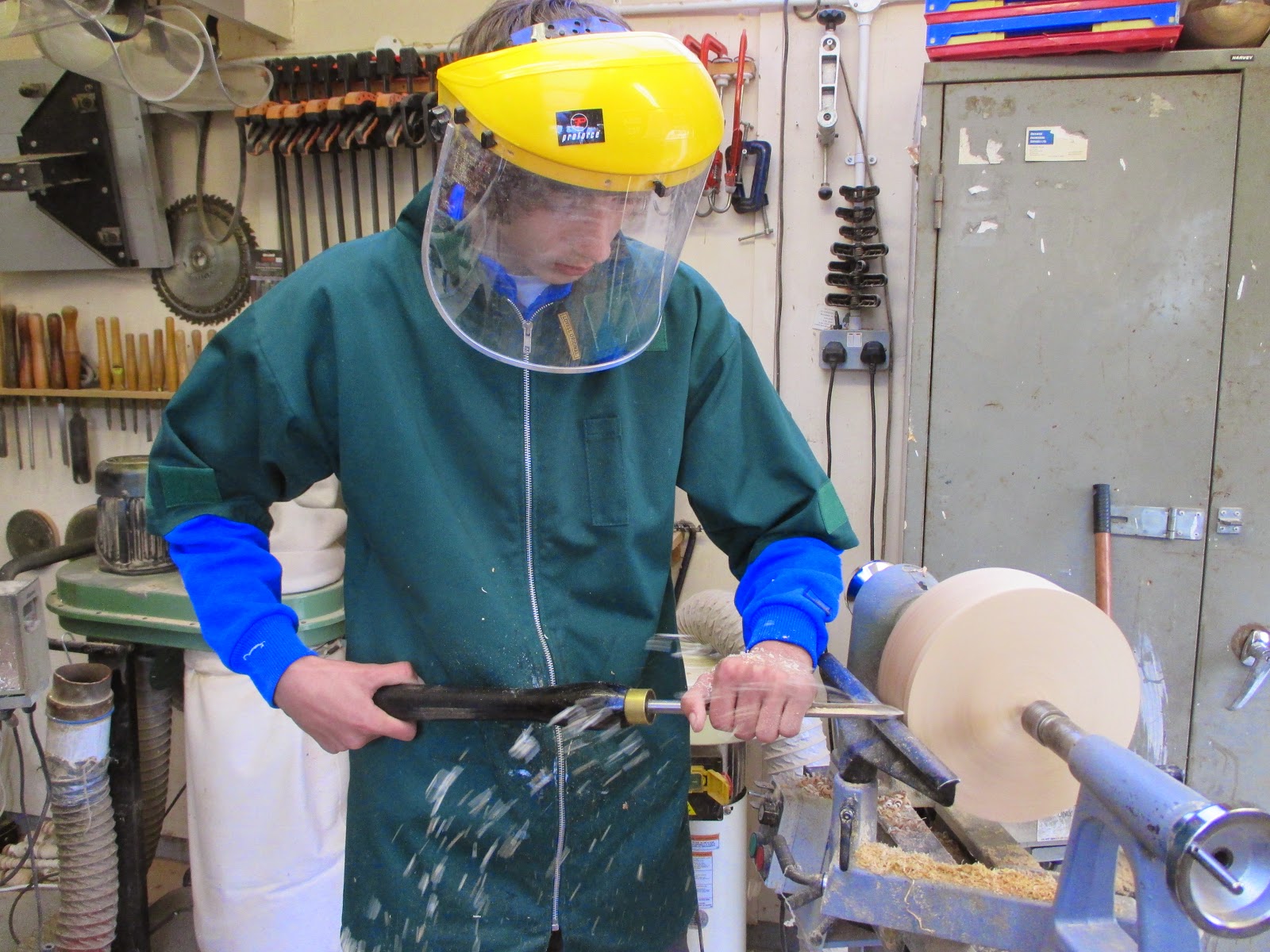 Squaring up the face and creating the spigot same push cut no problem here. 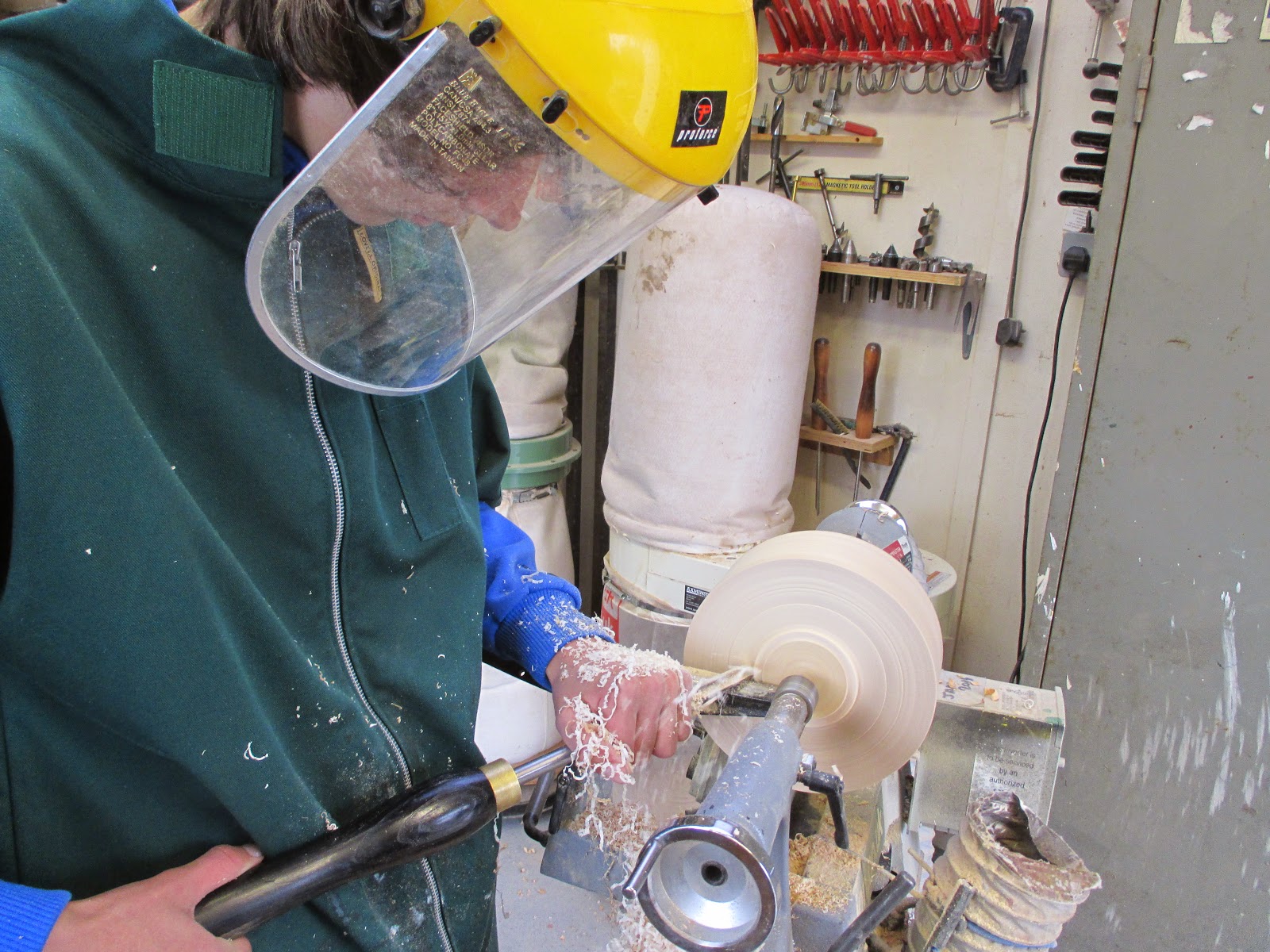 Starting to shape the bottom of the bowl with a pull cut again taken to it like a duck to water.
This is far as Joe got because he was only here for a couple of hours but is here again Monday night.
I will keep reporting on his progress here. 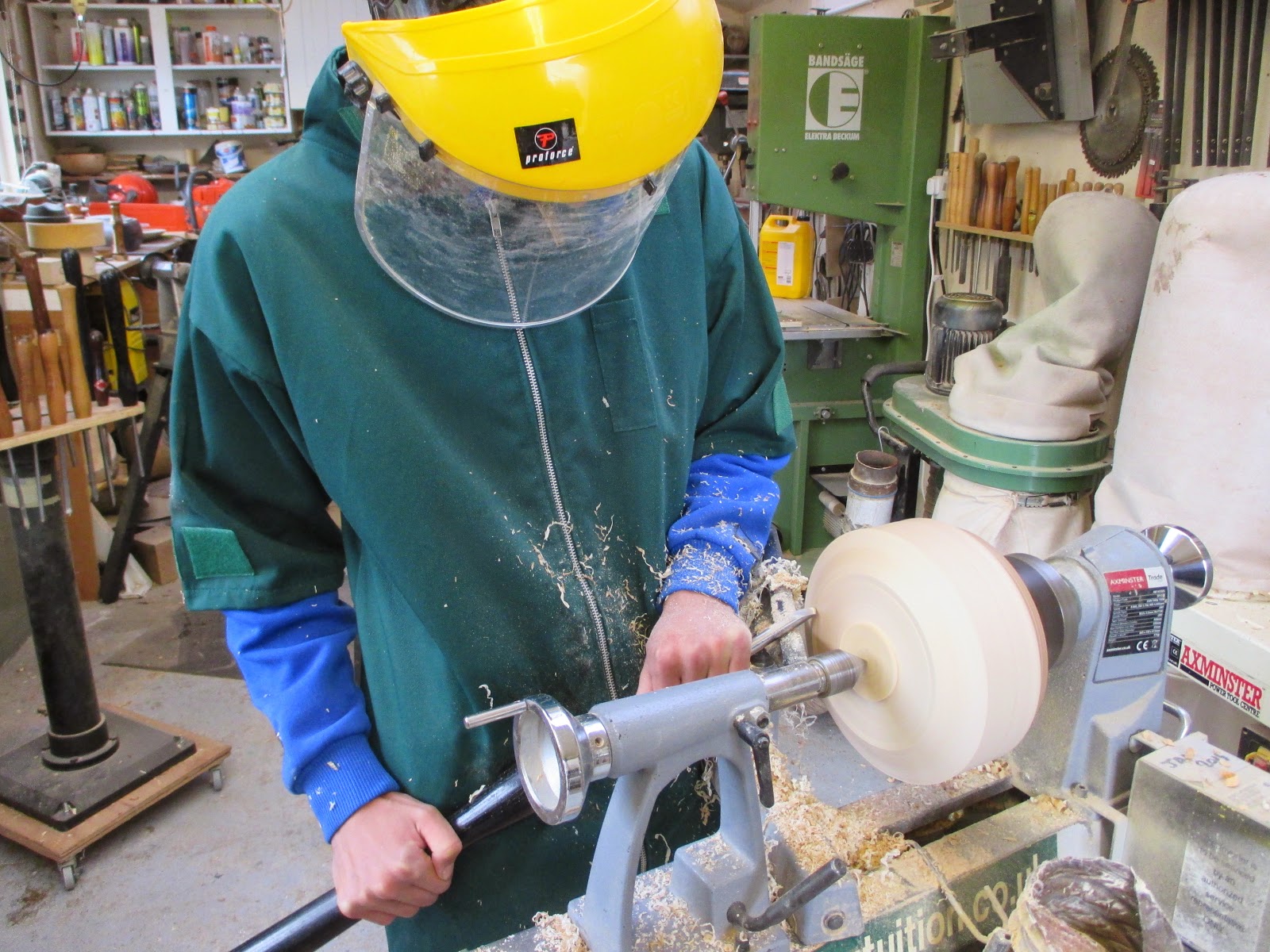 Posted by George Foweraker at 12:49