At the end of last week Sally was here for a days introduction to woodturning.
Sally turned up on a huge motorcycle and I thought this should be interesting i expected to see a crew cut and bover boots how wrong I was.When all the leathers come of this quite small and pretty girl appeared
She had hardly sat down for a cup of tea and she was questioning me about all things woodturning . I explained to her that she would be making a bowl as her introduction to woodturning and it might be best to think only of bowl making for the time being.But she was not going to be put of and I started to feel like I was being interrogated and I was starting to worry about how this day was going to go.
After the usual safety ,lathe and tool talk we mounted a bowl and made a start with Sally still bombarding me with questions.
I always talk the student through how we are going to progress and the method we will be using.
Sally was shown the first cut to make the bowl blank round and to start bringing it into balance.This is when I started to wonder what was going on as she was making the first cuts like someone that had been turning for years but she assured me she had done no turning before but had read books and watched U tube.I then started to realise this is a very bright and capable Lady she obviously had absorbed all the information from books and U tube and with a bit of help from me was putting it into practice.As the day progressed it was obviouse this was going to be an easy day for me and once I accepted that she was not an expert who had come along to trap me by asking loads of questions but knowing the answers all along we jelled realy well and  had a great day together.
Out of all the students I have introduced to turning I can honestly say there has only been three that I am sure
are so natural and talented they could go on and do great things and Sally is one of them.
I hope Sally follows the woodturning path whether it is with me teaching her or somebody else because she is an unusual and natural talent. 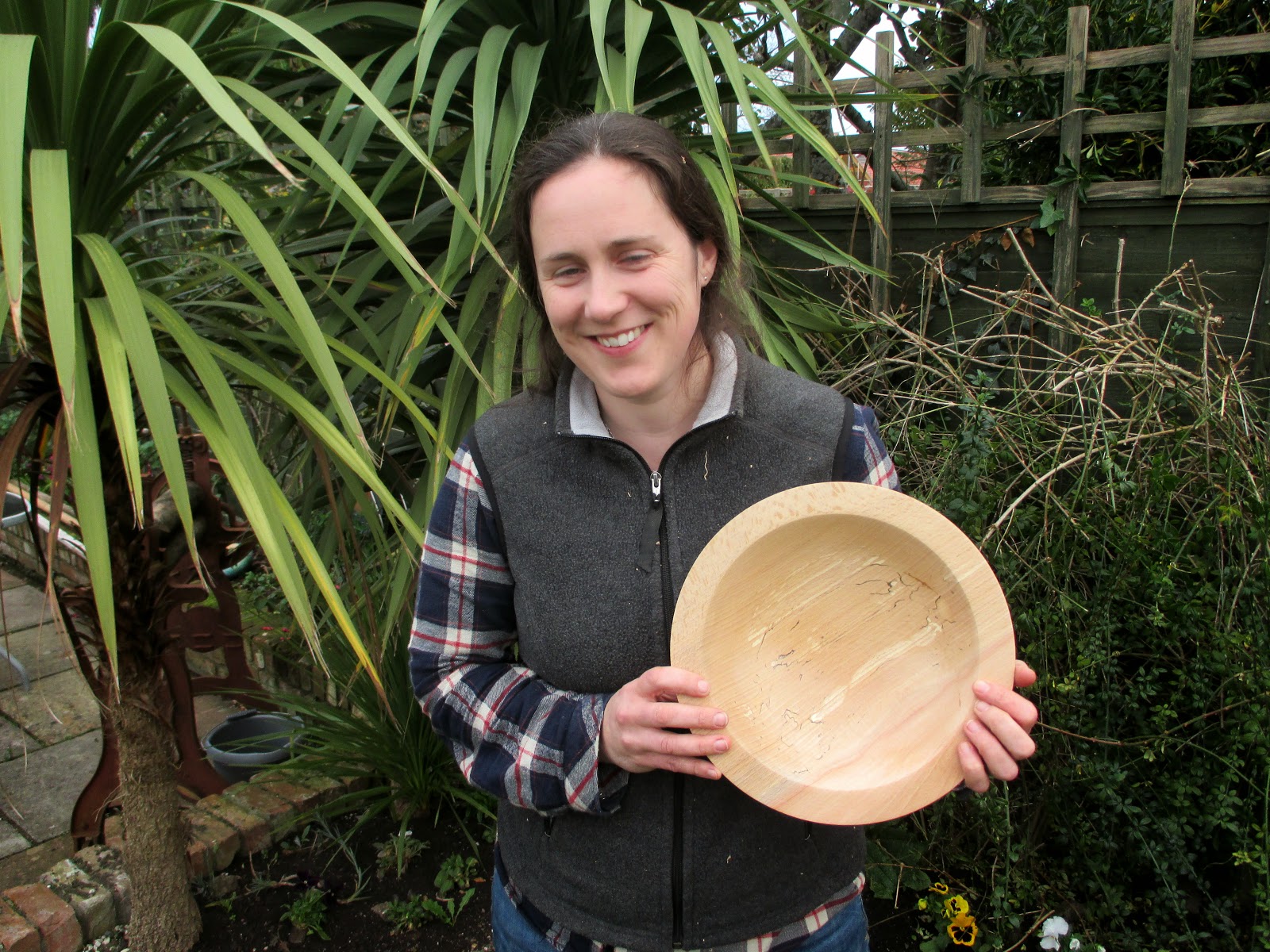 Posted by George Foweraker at 13:21